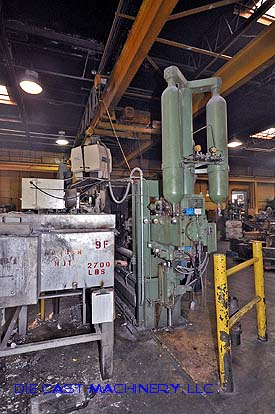 Die Cast Machinery, LLC provides marketing services for the turnkey sale of both operating and idled die casting factories. We also conduct live on-site and internet auctions of complete die cast and foundry operations worldwide. We also perform orderly liquidations and forced liquidations of entire die cast factories. With our extensive list of strategic partners and representatives worldwide, no location is too far away for us to handle. We know die casting equipment values and understand the marketplace as no other dealer in the world. Why settle for less than the most experienced organization to assist you? 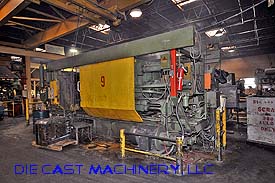 We have sold and delivered countless machines up to 4,000 tons to customers all across the globe. Recently in Europe we sold and delivered several machines larger than 2,000 tons to customers in Germany, Switzerland, Italy and Spain. In Japan, we recently purchased six Weingarten die casting machines, including three 2,500 ton machines which we sold to customers in the United States and Canada. One of the larger projects we have undertaken was the sale of four Weingarten 3,500 ton machines located in the United States and sold to a customer starting a new die cast facility in Korea. Purchasing high quality used machines saved the customer over 18 months of startup time when compared to buying new machines. This gave our customer a strategic competitive advantage. Purchasing quality used die cast machines offers the advantage of quick delivery times and affordability. We are also happy to take trade-ins in addition to buying your surplus machinery in cash.

If you are missing an owner’s manual, hydraulic schematics, electrical schematics, mechanical drawings, PLC ladder logic program or other machine data for your Weingarten die cast machine, please give us a call as we may be able to help you with replacement materials. If you are broke down and need a pump, valve, tie bar, tie bar nut, linkage, pins & bushings or other major component we may be able to loan you the spare parts that you need from an existing Weingarten that we have in inventory to solve your production problem Call us for availability and price now so that we can help get you back up and in production. Also, visit our eBay store for our current selection of in-stock spare parts.

When it is time to repair, upgrade, rebuild, retrofit, re-manufacturer, re-control, replace or add die casting capacity to your facility, why not consider a good used Weingarten die casting machine? When considering the cost to upgrade the electronics, PLC controller and hydraulics on an existing machine, it is often much less expensive to buy a good quality used Weingarten machine from us. Our prices are often better than buying at auction. However, if you desire a fully rebuilt die casting machine with state-of-the-art controls, we can supply you with a low cost machine core which you can have rebuilt to your exact specifications. This allows you to continue production with your current machine while the core we supplied is being rebuilt. We are also happy to take your used machine in on trade, further reducing your costs.

If you need to locate a good electrical, hydraulic or mechanical technician to work on your die cast machine, give us a call. We have a list of experienced technicians and contractors worldwide and are happy to share their contact information. For assistance with rigging, moving or shipping a die casting machine, let our years of experience and the long list of service providers we’ve compiled help you. We have sold and moved innumerable die casting machines up to 4,000 tons to locations all over the world.